Blockchain Can Help Governments Build Better Relations with its Citizens

Blockchain Can Help Governments Build Better Relations with its Citizens 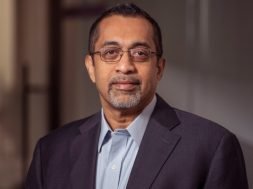 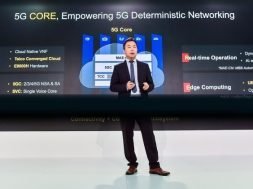 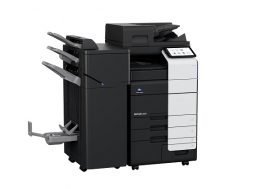 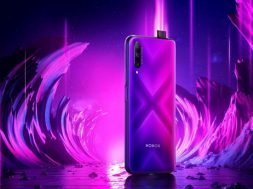 Channel Post speaks to Kirill Nikolaev, the Founder of BITCOIN VIP and the Advisor at VIMANA ICO about the opportunities present with implementation of Blockchain tech, the security issues cropping up and how the industry as a whole can benefit from such technologies.

What does Blockchain technology mean for the future of financial services in the region?
Although the global digitalization wave disrupted almost all commercial and non-commercial sectors, the financial sector for most part was insulated for the longest time. Take credit cards for example, this was a 1950s innovation but the financial sector is still working on the same processing architecture when it comes to accepting credit card payments for online transactions.

The disruptive power of Blockchain technology for the financial services is analogous to Amazon for bookstores in the 1990s. New ways of distribution, security, processing and work flow architecture will usher in several advantages (and along with it some unintended downsides) in the near future for current financial services leaders.

Which industry verticals apart from financial institutions are looking at or in the midst of adopting the Blockchain tech?
Given the Middle East’s focus on smart governments and cities, I think a key sector that can really benefit from blockchain is government relations with citizens.

In the commercial sector, blockchain is the underlying technology when it comes to autonomous vehicles and with all the R&D investment we are already seeing in this sector, be it self-driving cars or flying-taxis, I believe that the aerospace, automotive and logistics sectors are three verticals that will really harness the potential of blockchain over the next few years.

In fact, at VIMANA, we are building a novel blockchain-based and blockchain-regulated Airspace Ecosystem. The Ecosystem intends to provide Urban Air Mobility programs in smart cities like Dubai, New York and Tokyo with daily network aerial commuting based on fly-by-wire operating Vertical Take-Off and Landing Autonomous Aerial Vehicles (VTOL AAVs). We are targeting an early Q1 2018 launch in Dubai so that is extremely exciting.

Is Blockchain really the future, or just a passing fad?
I would say blockchain was the future in 2009-2011, but right now 100% of global financial groups, central banks and other related organizations have working groups and R&D projects focused on blockchain. Majority of these are testing blockchain (public and private) prototypes to see what opportunity they can uncover in near future with this infrastructure instrument.

I am a consultant to several organizations that are currently investing in blockchain and in my opinion, blockchain will soon be a mainstream technology, much like the cloud, making it almost impossible for organizations to ignore.

What sort of contributions can the Blockchain tech offer to the sharing economy?
I was born in the USSR and so I know first-hand what the original sharing economy is all about. To be honest, I am not big fan of it. But if we speak about blockchain contribution, in my personal opinion, first of all opportunity, it offers an opportunity to create an infrastructure DNA for different sectors particularly transportation (both public and personal), real estate, hospitality and most any other ‘rent based’ economy which is one of the main functions in the sharing economy.

Are there regional bodies that govern the fair use of the Blockchain tech across industry verticals?
This is really good question. Similar to most other digital technologies, blockchain will not be regulated by only one law enforcement agency or government department. Since it will be integrated in different sectors, each industry’s regulatory apparatus will need to be involved.

So for example, if we look at the finance sector, regulations will need to be dictated by each country’s ministry of finance, the central bank, agency that is responsible for catching money laundering, and many others. Now on the other hand, if we look at  blockchain as transport (including AIR SPACE) protocol in Dubai (which is what we are doing at VIMANA), then authorities like Dubai RTA will need to be involved and set the regulatory framework.

What sort of role does the government play in the overall adoption and use of Blockchain tech?
Like it is with most technologies, I think the government will have to play a very critical role – they will need to create comfortable terms for adoption to make sure the technology is used to benefit society.

What sort of challenges can companies / industries face when implementing the Blockchain tech on a large scale?
I believe the biggest challenge right now is shortage of visionary talent. What I mean by that is, right now, it is hard to find open minded individuals with needed expertise to sit on the board of directors or to head up a company and mandate implementation of blockchain technology as part of company strategy.

What sort of security issues can creep up during and post-adoption?
In terms of security, there are a myriad of challenges and furthermore, they differ depending on whether we are talking public or private blockchain and also the blockchain architecture that an organization chooses to deploy. Some will look to integrate existing IT infrastructure and technology with blockchain while others might go for a 100% blockchain driven architecture. As blockchain matures, and we continue to learn the risks associated with it, organizations are going to have to consider the security implications that this will have on their business.

Two points I do want to make though. For one, in general, it’s impossible to release a new technology with no bugs or security holes. We don’t blame Apple for IOS 11.0.1 bug fixes just a couple of days after IOS 11 release, as this is part and parcel of the rollout of any new technology. I think we will have a similar learning curve with blockchain – the law of unintended consequences will rear its ugly head.

The other is human error – take a look at any technology and one of the weakest links is always the users. It will be interesting to see how blockchain developers this challenge.

0
1   0
previous Channel: A marathon, not a sprint
next Addressing the “Human Factor” is Paramount to Keep Security Issues at Bay

Chris N. Fernando Chris N. Fernando is the Chief Editor of Channel Post Middle East and Africa. He is an experienced media professional with over two decades of journalistic experience. He is easily excited by the smallest of technologies around. He is an Android fanboy at heart, who also owns an iPhone, a Windows Phone, and a BlackBerry. Though he uses a MacBook Pro at work, he also uses a Windows PC, an Xbox One and an Xbox 360 for all his gaming requirements. True gadget lover at heart! 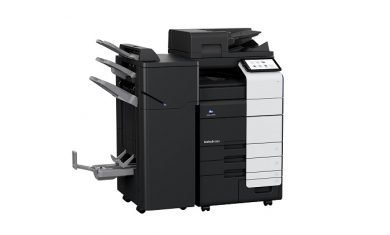